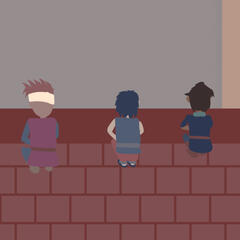 boon and the blade of the air

Hello! I'm Jeremy Visser and this is my Capstone project. It's an illustrated short story with some multimedia components. You can download the PDF here, read more about the process, and learn more about this J. M. Visser character.

Boon and the blade of the air

This is the first chapter in what I hope will be many more. Click below to read or right-click and select 'Download Linked File' or 'Save File As' to download the PDF.

Below are some posts I've made about the characters. Click the thumbnail to learn more.

For the final year of my Digital Communications program, I was required to complete a capstone project, a creative and multimedia alternative to a thesis paper. I had other ideas for passion projects, but ultimately, I decided to write a fantasy novel that had art of some sort on every single page and utilize QR codes, an app and a complimentary website. Of course, this was an impossible dream, even by my standards, so it was demoted from novel to a short story. 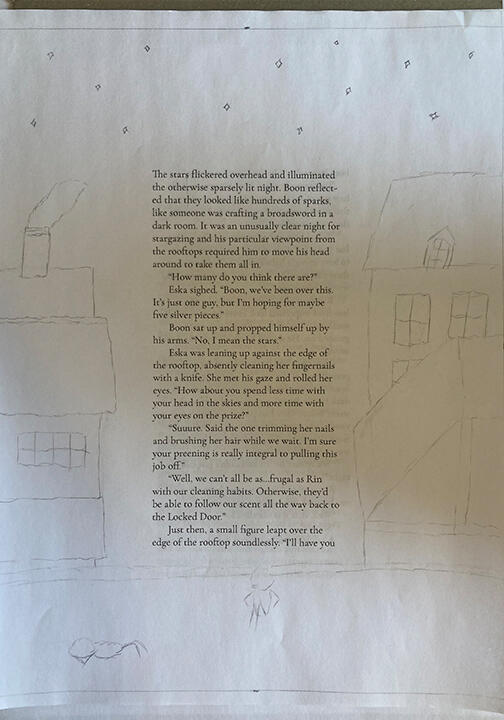 The first step was to write the actual story and have the prose that the entire project would gravitate around finished. Once that was complete, I created margins for the pages that would allow enough space for the art to breathe while the text would remain in the center of the page. Then, I was able to determine how many pages of art would be required and basically storyboarded the project with descriptive explanations of what would be happening on each page. I did character sketches and rough sketches of the pages, before creating the actual art in Illustrator. Midway between doing the finalized art, I recorded the music for the QR codes, wrote the side story for the app, wrote out the glossary of terms and drew out the map draft. Once the art was finished, I exported the PNG files and put everything together in InDesign where I had greater control over the text and then finally exported the PDF eBook.

Being a fourth-year student with a job during the COVID-19 pandemic made for numerous challenges in regard to my time. The biggest challenge was actually writing the story itself. I vastly underestimated the amount of time it would take to write 5,600 words in the form of a story that had themes, began a journey but also was self-contained enough to be a narrative on its own. Another problem I had not foreseen was the intentions behind keeping the art in the margins and having the text as separate. While there would have been ways to keep the same structure in each page while still melding the art and text, it made more sense to find a more creative combination of both. This required further research and a do-over of my storyboards. Otherwise, the process of learning InDesign, how to draw and creating QR codes just came down to sitting down and trying until I got it. That took some time, but I had expected that and those processes went as smoothly as I could have hoped for. 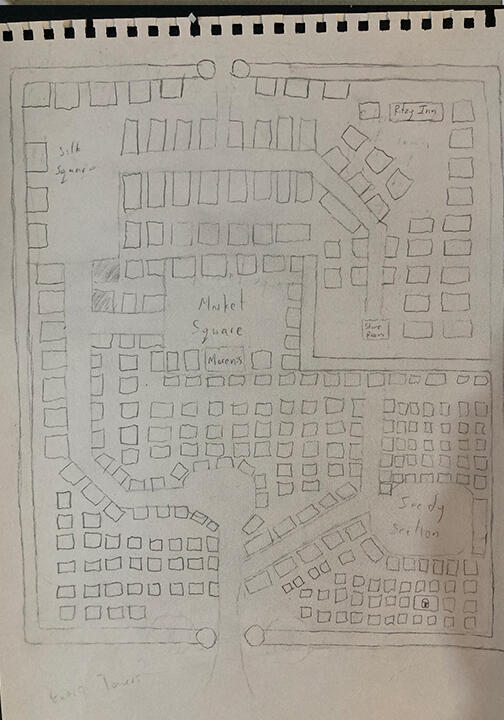 Overall, I am fairly satisfied with the final product. This project was a gamble. I was confident enough with my writing, but the majority of the project is art and I can’t really draw. I convinced myself that I could make passable sketches and use Illustrator to turn that into competent art. I stand by the final project as competent art. I think the QR code in the art and the app as a companion piece work well with the main project. I am not entirely sure that the art really adds very much to a fantasy narrative. In a genre famous for being incredibly descriptive, I find it hard to justify the need for art alongside the prose. With the amount of time required to create art to go with the minimal wordcount, I do not think that the project has much of a future as a viable artform. However, I learned a lot about typographic, art, book layout and myself during the process and for that the project was a resounding success.